It is officially 2013, and this really is the year for this old farm house to become a home.  We are still not living here, but I have decided on a deadline - January 29, my Name day shall be the day we move in.  The long-suffering-husband tells me that we can't officially move until we have the old house under contract to sell, which will not happen, for some mysterious reason, until we put it on the market, and we can't put it on the market until it is cleaned up enough to be shown.  So there we are.
I have done a few things at the new house though, that I would love to show you.  The first one of which I can't show you, because I can't figure out how to download the pictures from my cell phone.  No, actually, I tell a lie, I could just about manage that part, but my cell phone tells me that there is "not enough memory", and to "delete some thing", but then proceeds to not open the gallery, so that I CAN'T "delete some things", so I don't know how to deal with this issue.  But I assure you, what I was going to show you was going to knock your socks off.
Anyway, instead of that, I will show you a few pictures from the house after the first snow storm of the year. 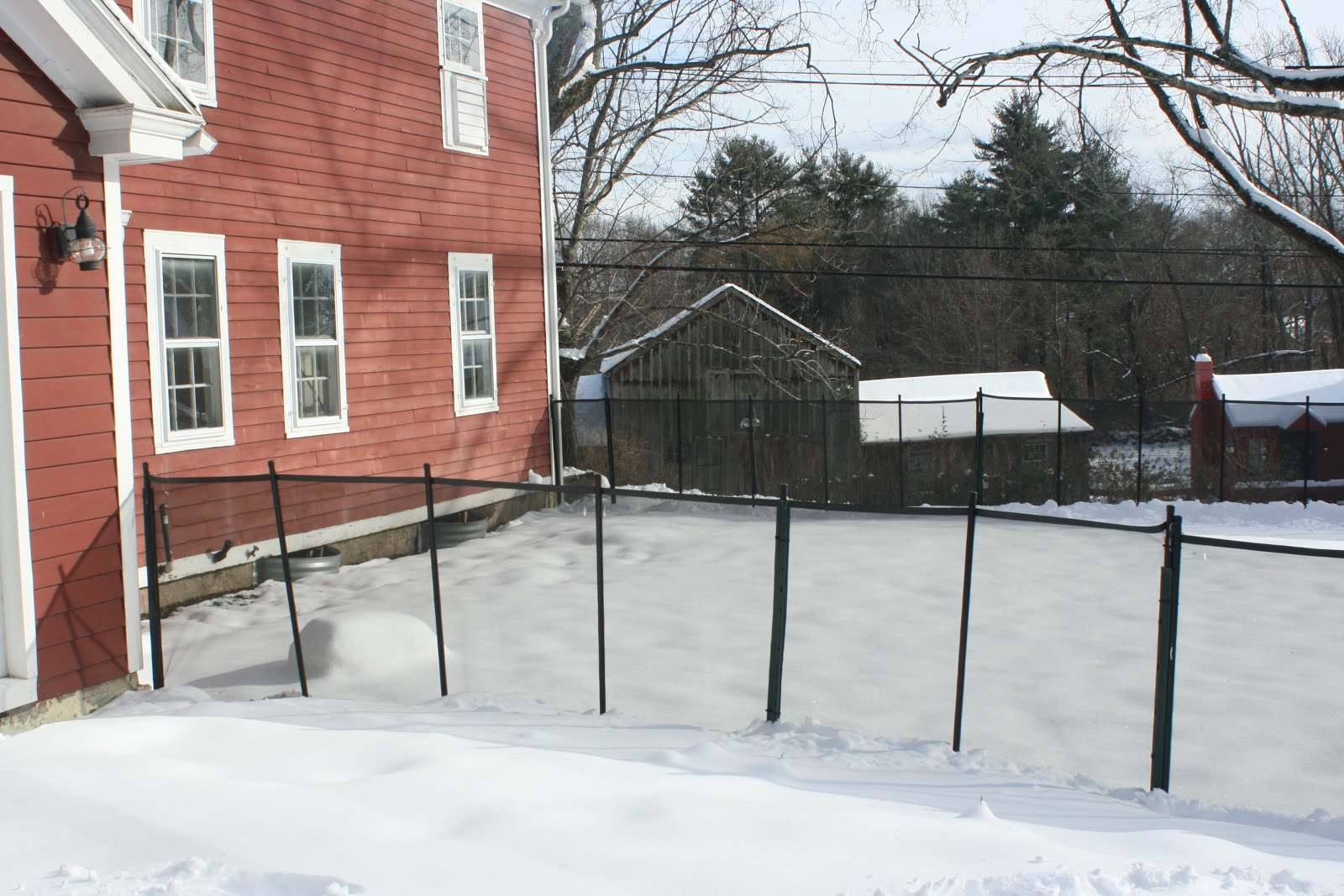